Can you train yourself to be a morning person?

No joke, friends. I used to be a serious night owl. I would stay up all hours of the night, fall into bed in the wee hours of the morning, start my workday around mid-day, and work straight up until (and usually past) The Bachelor.

But, over the course of several months, I’ve been able to quit all of that and become a morning person!

I know what you’re thinking:

Or maybe it’s a combination of all three…

Don’t worry, I’m going to break it all down for you. The why and the how of becoming a morning person that is. Because you already know the what. 😉

Can you train yourself to be a morning person? Yes, you can! Here’s how: Click To Tweet

WHY I BECAME A MORNING PERSON

As I already mentioned, I was a serious night owl for many years. (It started back when I worked retail and continued when I started working from home and working for myself.) I became stuck in this awful pattern of going-to-bed-late-and-getting-up-late that I couldn’t seem to break.

I tried to quit cold turkey several times, but it never stuck.

It took me a while, but I eventually figured a few things out:

Being a night owl was putting a serious crimp in my productivity style.

I knew things had to change.

So I decided to get serious and change them!

HOW I BECAME A MORNING PERSON

After realizing that quitting cold turkey was just not happening… I made the decision to make the change from night owl to morning person gradually.

Next, I set gradual weekly goals. Each week, I vowed to get up 15 minutes earlier than the week before and get up at that same time every. single. day. (Habits don’t become routine if you don’t do them consistently.) So each week, I moved my alarm up by 15 minutes.

This will seem slow and redundant to some, but I promise you, it worked like a charm!

Instead of trying to FORCE myself to get out of bed right off the bat at a MUCH earlier hour (which was like pulling teeth let me tell you), I GRADUALLY got myself used to it. This was a MUCH gentler approach than quitting cold turkey, which honestly was about as pleasant as someone pouring a bucket of ice water over my head. #shudders

Pro Tip: I used an app called Sleep Cycle to help me accomplish this goal. Waking up easy is all about timing and the Sleep Cycle app tracks your sleep patterns and wakes you during light sleep.

It uses sound analysis to identify your sleep states by tracking your movements in bed. It then uses a “wake up phase” (30 minutes by default) that ends at your desired wake up time.

I set my wake up phase between 6 and 6:30am and almost always find myself waking softly, happily, and energetically at around 6:15am. It’s literally CHANGED MY LIFE!!!

The next thing I did was change my bedtime. (I promise this isn’t as childish as it sounds!) I simply made a hard rule to be in bed by 10:00pm every. single. night. Remember, I like my sleep and need at least 8 hours to function like a normal person (as do most people).

But, in order to get up earlier, get up happier, and avoid hitting the snooze button every morning, I had to go to bed earlier. So I got serious about my end-of-day and evening routines and started putting myself to bed by 10:00pm every night.

Contrary to popular belief, I didn’t miss out on anything by going to bed at 10:00pm! I didn’t lose valuable working hours because I gained them back in the morning. In fact, I gained hours that were INFINITELY MORE VALUABLE to my workday because I was alert, productive, and not the least bit cranky.

It was a HUGE win in my book!

The last thing I did was experiment with various morning routines. I tried all sorts of things before settling on a routine that has (no lie!) done WONDERS for my mood, my productivity, and everything in between!

Honestly, friends. My days start off better, I’m happier, and I’m more productive than EVER!!!

And you can be, too!

How (and Why) to Become a Morning Person >> Because mornings are for getting stuff done!! Click To Tweet

HOW YOU BECOME A MORNING PERSON

Come up with a meaningful goal for WHY you want to become a morning person. You MUST have a tangible, meaningful reason or you’ll have no incentive to follow through.

For me, it was that I didn’t want to be stuck in that go-to-bed-late-get-up-late pattern anymore. It was bringing me down and making me feel unproductive. For you, it might be fitting in that morning sweat sesh you love so much, or enjoying your coffee and the peace and quiet before your kids get up, or taking the dog for a walk, or meditating, or spending time with a good book.

Whatever your why is, know it, so you can accomplish it!

Determine what time you want to wake up and actually get out of bed.

Either way, set that end goal before moving on to step three!

Create gradual weekly goals by moving up your wake up time by 15 minutes. (Refer to my example above if you need inspiration.) Vow to get up at that time every. single. day. for all seven days.

Remember, habits don’t become routine if you don’t do them consistently!

Find the right alarm for you. While I highly recommend using the Sleep Cycle app and the gradual approach to getting up earlier, I realize some people will prefer a hard and fast approach. Here are two other apps you can try:

Wake N Shake — This app requires that you shake your phone (hard) to turn off the alarm. It has no snooze button and NO MERCY. In other words, it doesn’t mess around! The thought process is that you’ll be wide awake by the time you’re done shaking.

Better Me — This app shares your failure to Facebook every time you hit snooze. (I legit spit my drink all over the place when I discovered this one! #hilarious)

I have yet to try these, but will, even if it’s just for a laugh! 😉

Set and keep an earlier bedtime.

Remember, in order to get up earlier, you have to go to bed earlier. I promise you won’t lose out on valuable work (or even life) hours because you’ll be gaining them back in the morning and they’ll be a million times better!

Experiment with your morning routine.

Find the things that make you feel happy, healthy, and seriously productive!

Related Post: 5 Ways to Jumpstart Your Productivity in the Morning

WHY YOU SHOULD BECOME A MORNING PERSON

Let’s do a little recap, shall we?

Here are the benefits of becoming a morning person:

If becoming a morning person is not your thing, you don’t have to do it!

I realize it’s not for everyone. (It may not even be a reality for some.)

But if you’re even the tiniest bit curious about it, I encourage you to at least try it! You can always go back to being a night owl if it doesn’t work for you. You have absolutely nothing to lose, and absolutely e-v-v-v-erything to gain.

Previous Post: « 5 Things You Need to Be More Productive This Year (Like Right Now)
Next Post: How to Make Mondays Productive & Stress-Free (With One Simple Tip) »

This site uses Akismet to reduce spam. Learn how your comment data is processed. 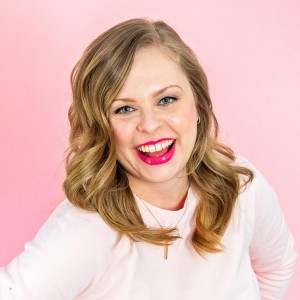 Hello, and welcome to my little corner of the internet where everything is color-coded, coffee always comes in cute coffee mugs, and office supplies are never in short supply. I'm Alexandra--your resident productivity + systems strategist here to provide you with resources, education, and inspiration for making your passion productive. New here? Start here!


Get the planner I can’t imagine my life or business without!! 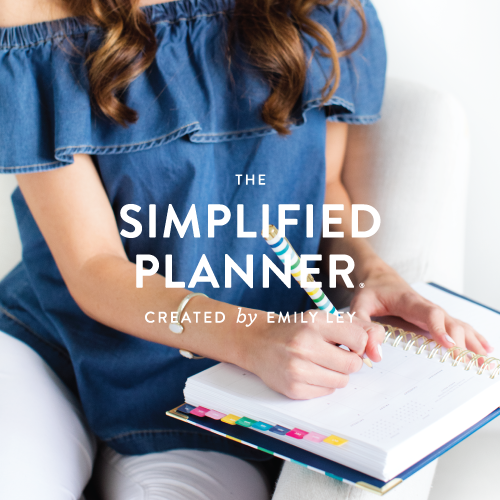